Mosley touched on the importance of the occasion.

“The diversity of this class is greater than what you will find in most police departments,” he said. “Approximately 67% of the nation’s officers are white, while 12% are Black. Women make up about 15% of police forces nationwide.”

These first nine were a diverse class —seven Black and two white.

Typically, when students matriculate into a police academy, they do so by signing a contract to serve within one specific department. But these students are free agents and can go and join a department anywhere in America. Some also graduated with their bachelor’s degrees in criminal justice from Lincoln. It’s exactly what Chief Gary Hill wanted when he decided to open the academy at Lincoln in January of this year.

“I just really wanted to increase minorities in law enforcement,” he said.

A merger of these two seemingly disparate institutions— policing and HBCUs— has raised the ire of some Black activists and academics, particularly in the wake of the string of killings of unarmed Black men and women and calls to defund the police.

According to statistics gathered by Mapping Police Violence, police kill roughly 1,000 people annually. Latinx individuals are killed at almost double the rate of white Americans, and Blacks are three times as likely as whites to be killed by police. In 2020 alone, Blacks made up 28% of those killed by police. This is disproportionate to their share of the U.S. population, at about 13%. Black and Latinx people are also more likely to be incarcerated, with Blacks at 5 times the rate of whites. 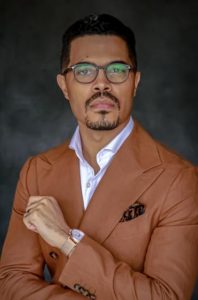 Dr. Charlies H.F. Davis III, an assistant professor of higher education at the University of Michigan and an expert on campus protests, worried that because Black and brown officers are statistically less likely to use force, they are being recruited as a “band aid” to a much bigger problem.

“To what extent are Black folks expected to clean up the mess of a largely white institution?” Davis asked. “Black and brown people are expected to solve the problems while their white colleagues sit back.”

Davis does not separate present police practices from the origins of policing and the system of mass incarceration.

“Thinking about this in the context of the 13th amendment, slavery permutated into mass incarceration and the criminal justice system, which is of course the only conviction by which one can be enslaved.”

Abolition, he said, “teaches us that we must do away with and destroy the things that make this nation so harmful to Black people and put our labor into a world in which we can all be free.”

Dr. Bryant T. Marks, founder of the National Training Institute on Race and Equity (NTIRE) and an associate professor of psychology at Morehouse College, sees things a bit differently.

“For an HBCU to take on that role of not only encouraging young people to become police officers but provide a concrete, in-house path for them to do so, they are putting their money where their mouth is,” said Marks.

Through NTIRE, Marks has spent the last five years training police departments about implicit bias, travelling everywhere from Los Angeles to Seattle to Phoenix. The work isn’t easy, he said, and he  sometimes has encountered resistance to his lessons. But by the end of his trainings, Marks said that even those with the most reluctance to participate, usually come around.

Growing up in Queens, Marks recalls that as a youngster, he and his friends were illegally picked up by plain clothes police officers in unmarked cars, questioned, and put into a line-up.

“We didn’t know they couldn’t do it,” he said. Now, he said, entering police stations to offer training is “surreal.”

“The stars aligned. There was tension in my childhood, now I’m trying to be a force for good, trying to help them,” Marks said. 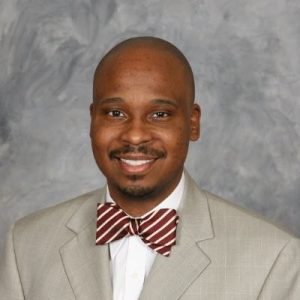 Being a force for good, especially within their communities, is very important to many Black and Latinx youth, said Marks.

“For them, I think they’re looking at the balance of social justice, [asking] can I make a difference, versus, am I going to get caught up in an institution that I feel is inherently flawed on a fundamental, cultural level?”

Marks has seen police departments that are capable of change. He noted, for example, that the Los Angeles Police Department (LAPD), once maligned for cases like the beating of Rodney King in 1992, is now majority minority.

“A lot of them grew up in the city of LA. They said, ‘I remember how I was treated growing up, and I want to do something different,’” said Marks.

Many HBCUs have criminal justice programs. Dillard University, an HBCU in New Orleans, is one of them. Dillard also operates a Center for Racial Justice and the chief of the New Orleans police sits on its board of advisors.

Dr. Walter M. Kimbrough, president of Dillard, said that success of an academy at an HBCU depends on the institution, its location, and its relationships with local police.

“I think there’s a role that can be played by all of higher education in terms of working with law enforcement,” he said. “But how people actualize that can be different.”

Philander Smith College in Arkansas, has chosen to offer a preparatory course called Law Enforcement Education Advancement Program (LEEAP). LEEAP partnered with the Little Rock Police Department to recruit women and minorities from a pool of previously unsuccessful applicants to the Little Rock Department’s academy. LEEAP offers courses in math, English, and ethics, preparing its student to pass their policing exam at no cost.

Marks said that HBCUs opening police academies can unlock a door of opportunity to students of color. “I think our young people need to be educated around policing and the opportunities. There’s many different things you can do in a police department. You can be a community liaison,” he said.

“But we don’t want to mislead people,” he said. “A lot of these police departments have issues, deep, institutional, cultural issues that involve bias. HBCU campuses can be helpful in that regard, by not advocating a push for policing; just presenting it as an opportunity.”

Liann Herder can be reached at lherder@diverseeducation.com.