After the killing of George Floyd, Ahmaud Arbery, Breonna Taylor and other Black Americans at the hands of police officers last year, many colleges and universities were quick to release statements expressing their solidarity and intent to create anti-racist campuses.

Over a year later, have institutions moved from making promises to taking action?

“Moving from Words to Action: The Influence of Racial Justice Statements on Campus Equity Efforts” evaluated racial justice statements and follow-up actions by institutions from May 25, 2020 to February 1, 2021.

“We wanted to try to better understand what goes into statement making,” said Alexa Wesley, director of research and strategy at NASPA. “And just recognizing that statements from senior leadership do have that meaningful impact on how issues are understood and how a campus might approach addressing that issue.”

Of the 300 sampled institutions, 230 issued statements. Those statements were predominately released within the first 10 days after the murder of George Floyd.

Minority-Serving institutions (MSIs) and Predominately White institutions (PWIs) issued statements at similar rates — 78% and 77%, respectively. The statements’ content differed, however. PWIs included more wording around “equality, respect and fair treatment for all” while MSIs specifically mentioned the impact on Black communities, according to the report.

Around 23% of institutions mentioned previous or existing institutional diversity efforts in their statements.

“One of the things that we thought made a less strong statement was ‘look at all the great work we have already done,’” said Dr. Jill Dunlap, director for research, policy and civic engagement at NASPA. “That may be true but I think in moments like these, stakeholders are looking for accountability.”

For 11% of the institutions that laid out action steps in initial statements, ideas revolved around the development of diversity, equity and inclusion offices, antiracism training for administrators and senior leaders and recruitment process reviews. Additionally, some institutions used financial resources to create scholarships in Floyd’s name, the research indicated.

The second half of the report used responses from 123 institutions and focused on the efforts of chief diversity officers (CDOs) and vice presidents for student affairs (VPSAs).

Though the majority of the statements were written by college presidents, 50% of institutions involved CDOs in statement development. 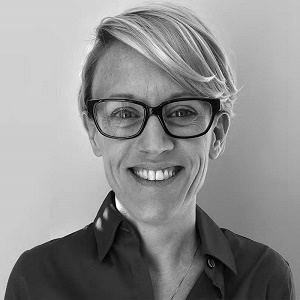 Despite students being the intended audience for the statements, institutions rarely involved student government association presidents in the development process or used student voices. Dunlap referred to it as a “miss.”

“I think [institutions] are often not great about circling back to students and issuing a follow up statement in May of 2021 and saying, ‘here are the things that we have been working on and here are the things we are going to continue to work on,’” she said.

Among the 108 institutions who issued statements, 85% took action in response to Floyd’s murder or efforts related to racial justice, the research found.

To inform action strategies, 67% of institutions gathered data while 23% used existing information, according to the report.

For institutions that did not release statements, 55% still took action against inequality and racial injustice. In many cases, releasing a statement was not a “precursor” to actions occurring on college campuses, according to Dunlap.

“The statements that campuses issue, there are a lot of people that are involved in it, even though it’s usually submitted and signed by the president,” she added. “But it is sort of the public-facing piece. It’s just one piece of what institutions can and are doing often towards racial justice.”

Implementing programs and strategies on campus came with challenges such as resource constraints, feeling overwhelmed by the slow rate of change, creating a common understanding and cultivating leadership and campus community buy-in, the report noted.