For years, the University of South Carolina’s (UofSC) Center for Civil Rights History and Research has offered training programs to K-12 educators, exposing them to aspects of civil rights history through primary sources, lectures and historical site visits.

“We have amassed a very impressive archive of materials and we understand that unless there is dynamic programing, very often these students are collecting dust,” said Dr. Bobby J. Donaldson, an associate professor of history at UofSC. “We very much want to expose the broader public, especially teachers, to these resources.”

The most recent session — launched in collaboration with UofSC’s Center for Innovation in Higher Education and funded by a National Endowment for the Humanities grant — focused on the Reconstruction era.

Open to K-12 educators, the three-week virtual institute, titled, “Freedom’s Lawmakers: Black Leadership During Reconstruction,” focused on the three themes of citizenship, lawmakers and the memory of Reconstruction.

“I hope that the concept material provides a lens into Reconstruction that challenges some of the misunderstandings about the period,” said Donaldson, who is also co-project director of the institute. “We look at the organizations, the places and the people who are part of the Reconstruction movement particularly in South Carolina but around the nation.”

Originally scheduled for last year, the institute was postponed to this summer due to travel restrictions and safety precautions related to COVID-19.

From July 12-30, 25 K-12 teachers and librarians from 16 states learned about the legacy of Black political figures in the state during Reconstruction through virtual visits to historical sites and museums.

“The institute helped me see that there were everyday people during this time period who were advocating for their rights, who resisted, who showed such courage and bravery and they didn’t give up,” said Anya Bonnette, school librarian at Robert E. Howard Middle School in Orangeburg, S.C. “It was just the true power of mindset.”

Each day, participants also listened to lectures from scholars and were involved in collaborative discussions around white supremacy, violence, race, women’s suffrage and political leadership during Reconstruction. 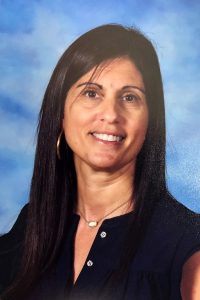 One conversation, for example, focused on Joseph Rainey, who became the first African American member of the United States House of Representatives in 1870. Rainey’s great-granddaughter and a great-great-grandson of a Reconstruction figure talked about efforts to reclaim their ancestry.

At the conclusion of the program, the K-12 educators were required to submit lesson plans revolving around learned course content.

A self-described lifelong learner, Anna O’Brien, an 8th grade social studies teacher at Pleasant Knoll Middle School in Fort Mill, S.C., often participates in professional development programs. She plans to share “the wealth of resources” she acquired from the institute with her students this fall.

“I hope that when I teach about Reconstruction, it is meaningful and it is in a way that will allow students to see that there are connections between reconstruction, history and the present,” said O’Brien. “I think it’s the missing link almost to understanding the history of African American history from the end of the Civil War to today.”

The opportunity to interact with other educators across the country made Bonnette feel that she wasn’t “alone.”

“I have a group that feels strongly about making sure the history and the message of Reconstruction is represented in the best light,” she said. “That is important because this is a sensitive time that we have going on. You want to know that you are not alone in the fight.”

“We don’t want to feel like we are alone on an island,” she said. “It really is helpful to know that we have support out there and that we have the opportunity to participate in high-quality development that really will be effective in teaching our students today.”