At the turn of this century, workforce needs began to change. More employers sought to hire students who had attained their bachelor’s degrees. Companies were looking for specific accreditations that didn’t exist at many traditional four-year institutions, like cyber security or trade-skill management. There was an increased demand for teachers and nurses.

“Community colleges are nimble. That’s one of their greatest assets,” said Summer Kenesson, a policy research associate at Washington State’s Board of Community and Technical Colleges (SBCTC.) “They have relationships within their community, so they can be very responsive to skill demands or shortages that might be emerging in their areas,” she said.

In 2005, the Washington state legislature allowed the creation of a small, pilot program specifically for their two-year students: the applied bachelor’s degree. SBCTC carefully and deliberately planned courses with their local markets and with their state’s four-year institutions. Ultimately, they achieved the accreditation needed to offer bachelor’s degree.

Now, more than fifteen years later, 31 of their 34 colleges offer applied bachelor’s degrees. In May of this year, Arizona became the 24th state to approve similar legislation.

While on the surface, baccalaureate degrees at community colleges might seem to conflict with the educational priorities of a four-year institution, experts in the community college field say actual conflict between these two institutions is unlikely. The majority of community college bachelor’s degrees are workforce programs, created by following strict state legislative guidelines and working closely with local communities to address specific regional needs. In so doing, these programs have created a pipeline that serves a diverse array of students and that has increased access for all hoping to achieve a bachelor’s degrees.

And, experts say, offering both associate’s and bachelor’s degrees could be the way of the future at community colleges.

Participation in Washington’s applied bachelor’s degree programs has grown consistently since they first began, but the most significant percentage of growth has been among students of color.

“A large number of students in our technical programs are first generation students, students of color, students who qualify for financial aid,” said Laura McDowell, director of communications at the SBTC. The applied bachelor’s degree opens up those opportunities for those students in those programs.” 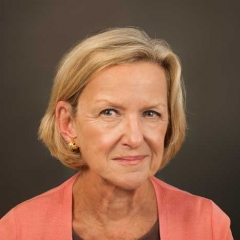 Community colleges typically serve the atypical student, those who do not have the time or financial means to pursue a four-year education. Susan Mayer, the Chief Learning Officer at Achieving the Dream, said that, if one looks at the students who attend community colleges nationwide, somewhere “between 50-70% are part-time students. More than half of them work, and a significant percent work full time. The average age is in their mid-twenties.”

Four-year institutions, said Mayer, more typically align themselves with Monday through Friday, middle of the work-day schedule students. For atypical students, particularly for students who work or are raising a family, following the standard four-year path to a bachelor’s degree isn’t always an option.

“If you started at community colleges and you’re comfortable there, feel like you belong there, it’s familiar to you, and significantly less expensive. It’s an obvious choice,” said Mayer.

For some students, a community college is the nearest educational option for hundreds of miles. 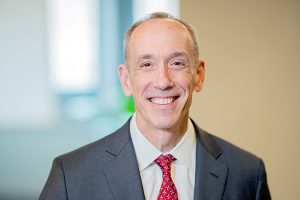 “Where most of these programs are being located, there aren’t usually lot of four-year colleges to choose from,” said Dr. Thomas Brock, director of the Community College Research Center at Columbia University, noting that community colleges offering baccalaureate degrees will likely increase access for underserved rural students.

The community college baccalaureate also addresses another significant barrier to bachelor’s degrees: the transfer process. While many four-year state schools have entered into articulation or transfer agreements, students still struggle to keep the credits they earned at their community college. A Government Accountability Office study in 2017 found that students lost an average of 43% of credits in the transfer to a four-year university.

Brock said that, for students looking to achieve a bachelors in a workforce field, staying inside the community college system can avoid the headache of retaking classes that may not have transferred otherwise.

According to Dr. Martha Parham of the American Association of Community Colleges (AACC), the majority of these programs have been set up to “provide additional access where there isn’t currently.” In California, Parham noted, community colleges had to prove that there was not a state baccalaureate program nearby that met the need already.

“By design, it’s not competitive. It’s to serve those that don’t have access in any other way.”

Dr. Steve Head is the chancellor for Lone Star Colleges in Houston, Texas, where they have been offering bachelor’s degrees since 2017. Lone Star created these programs in close alignment with the state’s four-year institutions, where many already have articulation and transfer agreements arranged.

“We made sure they knew we were not competing with them, that these are workforce bachelor’s degrees,” he said. “We’ve signed agreements with them, laid out what we’ll do and what we won’t. If they offered the same course, we wouldn’t open ours.”

Head meets with chancellor’s advisory committees, community members with their ears to the ground in the areas of IT, medical and hospitals, oil and gas, three industries that are huge in Houston. Lone Star offer bachelor’s degrees in these fields specifically, said Head, to meet the changing demands of their local workforce.

When they first started their community college baccalaureate program, Lone Star opened 220 slots in their programs and received over 2,000 applications. Now, Head is working with the Texas legislature to expand the number of programs they offer from three to five.

“There’s no one right way to do this,” said Parham of AACC. “If it’s built based upon the needs of the community, then it stands a great chance of success.”

Liann Herder can be reached at lherder@diverseeducation.com.