On May 27, the United States Department of State announced that individuals in China, Iran, India, Brazil, South Africa, the Schengen area, the United Kingdom and Ireland now qualify for a National Interest Exception—which allows travel to the U.S. for those “whose entry is of national interest.” Students are among those who qualify.

But ongoing restrictions, visa delays and embassy closures continue to make it difficult for international students to attend school within the U.S.

Historically, after previous epidemics and pandemics such as SARS, swine flu and Ebola, short-term drops in international enrollment were noted. However, within a year or two, enrollment numbers recovered.

Jonah Kokodyniak, senior vice president of the program development and partner services at IIE, anticipates similar outcomes for the COVID-19 pandemic as many campuses announce plans to fully reopen to international students for the fall semester. But challenges remain in certain areas of the world, including high infection rates in India.

“Otherwise, I think the relatively fast vaccine rollout relative to other major host countries and also major sending countries will benefit U.S. institutions quite well this fall and in the spring as students come here,” said Kokodyniak.

Beyond the variation in infection rates across the globe, differences in institution types and infrastructure as well as their resources for recruitment makes enrollment difficult to predict, said Dr. Robin Helms, assistant vice president for learning and engagement at the American Council on Education (ACE).

As the United States continues to repair itself from the damages of COVID-19, geopolitical issues and social and racial equality injustices, Lee H. Melvin, vice provost for enrollment management at the State University of New York at Buffalo (UB), foresees a continued decrease in at least international student applications for the near future. 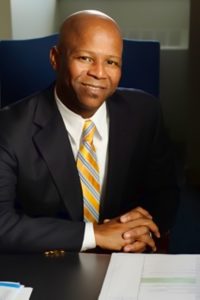 Institutions such as UB are already seeing declines for the fall, with a projection of around 270 to 280 first-year international students versus last year’s number at 297. There is also a 14% decline in deposits for those who expressed interest in enrolling, according to Melvin.

After it was clear in-person recruitment was unable to occur, UB shifted its strategies to include virtual high school visits, career fairs and other “get to know you” events. Scholarships were also reevaluated to target more international students.

“We are very proud of our diverse community here, especially the diversity our international students add to our community,” said Melvin. “We want to continue that in many ways and that is what we are going to be working on in the next couple of years.”

International enrollment should be approached as “building a relationship” through consistent outreach and updates, developing alternatives for those who are unable to receive their visas in time, said Helms.

“So even if fall 2021 numbers are disappointing, it doesn’t indicate necessarily to ease up on efforts that you know worked for your institution during non-pandemic times,” she said.

Beyond travel and visa delays, many international students face financial roadblocks, which impact their ability to afford tuition, housing or even food.

In 2020, IIE awarded 980 grants to international students with an additional 203 distributed this year to cover short-term financial needs.

“We have hundreds of other nominations of international students facing challenges and we foresee this potentially continuing into the summer as students stay in the United States for a longer period of time and the pandemic continues to impact their families and economies at home,” said Kokodyniak.

Online learning was also a barrier due to time zone differences. Similar to domestic students, international students felt a lack of community and connection while participating in virtual classroom experiences.

“Being part of the student community, making new friends, going to events and trying things out that may or may not be in your country, that was a challenge this year with our international students not being able to be here to experience American culture in person,” said Melvin.

Going forward, campus government relations teams can convey messages to their representatives around the need to promote the idea that “the United States welcomes international students and researchers,” said Helms.

According to an ACE 2021 issue brief, 68% of respondents agreed that American college students benefit from close and regular contact with international students, while 64% emphasized the importance of encouraging students from other countries to study at a U.S. college or university as it “promotes international goodwill.”

“Institutions can highlight these contributions and advocate for international students in their local communities,” said Helms. “And create opportunities for engagement with community members to create this sense of belonging not only on campus but in their communities as well.”