Immersed now in her own doctoral studies, Gwen Chodur knows firsthand the essential, non-monetary value that students from other nations add to U.S. colleges and universities.

Brought together in 2016, her University of California at Davis cohort of eight, researching and learning nutritional biology, included an Iranian student, a Korean student and a Malaysian student.

“In that first year, you have seminars and course work on the science. You’re learning how to ask research questions, how to develop a study design,” says Chodur, president and CEO of the National Association of Graduate-Professional Students. “So much of that is stimulated by who’s in your cohort.”

She reaped the benefits of that global collaboration — an exchange, observers say, that is both academic and cultural. But the cohorts following hers weren’t as fortunate, said Chodur, also president of the University of California Graduate & Professional Council. Indeed, politics and, more recently, a pandemic have severely restricted travel from certain countries.

Common App reported that, based on admissions applications that met the Jan. 1 and Jan. 15, 2021 deadlines, international applicants from China had declined by 18% compared to applications for the 2019-20 school year. But applications from Brazilian students had risen 41%, Pakistani students by 37%, Indians by 28%, United Kingdom residents by 23% and Canadians by 22%.

An IDP Connect study, released in March 2021, concluded that, post-Election 2020, 76% of prospective international students had an improved outlook on the United States, and 67% said they were more likely to study on a U.S. campus. 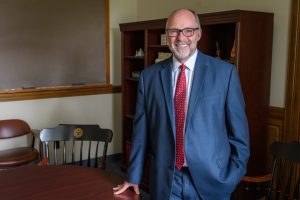 Several factors, including what some are calling the “Biden bump,” seemingly are converging to reverse parts of the decline in international student enrollment during the presidency of Donald Trump. For one, President Biden undid his predecessor’s ban against U.S. travel visas for persons from predominantly Muslim nations and from African nations. Biden also resumed talks with China, lambasting its human rights abuses but citing the need to coalesce on, say, COVID-19 rebound efforts. Following China, in ranked order, India, South Korea, Saudi Arabia and Canada are among the top five nations whose students enroll in U.S. colleges, according to educationdata.org.

Even as some campuses report rebounding tallies of applications from international students, it’s too early to determine exactly when, why and how international student enrollment may rebound, says Dr. John LaBrie, dean of the School of Professional Studies at Clark University in Worcester, Massachusetts.

“I’m not all that surprised that we’re seeing what may be a bump,” says LaBrie, whose institution has gotten a heightened number of applications from students in India, Vietnam, Thailand, Indonesia and Korea. “It could be a Biden bump, but in all likelihood it’s simply because last fall people deferred entry and now, after having [to sit] out a year, they’re coming back.”

“This is my conjecture: A lot of people are very quick to point out that the Biden Administration has signaled that it would be more welcoming of immigrants and international students. I’m dubious about the effect of that. Almost every country’ educational system has had the greatest shock to its system than they’ve ever experienced,” LaBrie says.

According to LaBrie, “The U.S. has fared better than most during this pandemic. There’s a bullishness tied to a vaccine, which means this coming fall will be more normal than last fall. In their home countries, where there is less stability, many students are seeing the U.S. as a harbor. That’s true of many people who deferred enrollment.”

According to LaBrie, Clark University has maintained an aggressive strategy for recruiting and retaining international students and, overall, experienced no net decrease in that enrollment in recent years. Still, LaBrie acknowledges that the COVID-19 pandemic put all of higher education in a stranglehold that’s affected students from some countries more than others.

“The China market has been in [stasis],” LaBrie says. “Even today, now that the Biden admin has come in, we are still seeing lower than normal activity from the China market.” 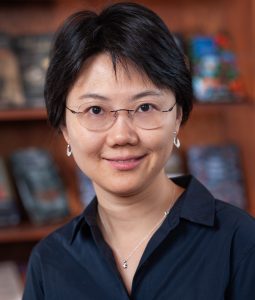 By press time, the State Department had not re-opened U.S. visa offices to Chinese citizens wanting to travel to the U.S. Student visas remain barred to anyone who’s served in the Chinese military — Trump had expelled from the United States students who’d attended Chinese military schools — even though two years of service is mandated for 18- to 24-year-olds.

“When the pandemic is over, I would expect things will be going back to normal,” said Dr. Yingyi Ma, director of Syracuse University’s Center for Asian/Asian American Studies.

Added Ma, a sociologist and author of Ambitious and Anxious: How Chinese Undergraduates Succeed and Struggle in American Higher Education, published in 2020: “From an academic standpoint, with many Chinese graduate students in the STEM fields, they are instrumentally important, doing work that helps get their professors’ research going. They are research assistants, technicians, the post docs. … In non-STEM fields they are contributing to the intellectual engagement on campus, offering an international perspective … being global. Those are some of the gains” for international students and the campuses where they land.

Finances are another gain. In 2018, for example, international students added more than $45 billion to the U.S. economy, according to educationdata.org.

Nevertheless, cautioned Clark University’s LaBrie, it’s important not to view international student enrollment merely as a matter of money, even as the pandemic exacerbated budgetary problems for campuses already grappling with money concerns.

“A growing perception in the United States is that international students are the cash cow of American education,” LaBrie said. “They certainly have an impact financially. But they drive so much thought and innovation on a campus. When they intermingle on campus, the level of creativity just grows exponentially. Problem-solving skills grow exponentially in many different areas.

“International students in a class [on] poverty, talking about how their country deals with poverty, may be offering a wholly different perspective from how the U.S. has dealt with poverty or economic development or climate change, so many things. … These are the conversations that drive thought leadership and innovation, across … American higher education, for all students.”

Which isn’t to say that some international students aren’t being left on the margins of a Biden bump, real or perceived. Students from some African nations continue to have a hard time documenting their financial means to sustain an American college student’s existence, LaBrie noted.

“Even if you’re subsidized by the institution, the State Department requires you to prove that you can take care of yourself while you’re here,” LaBrie said. “Because of the cultural traditions in some African countries, where families pool their money and the banking system is not the same as in Asia and Europe,” a disproportionate number of those students’ U.S. visa applications get rejected.

“A lot of it is really driven by the economy,” Chodur said. “Is it feasible for a person to spend four to ten years finishing a Ph.D.? Is it feasible to get a job and do those things? … There’s this perception that a lot of international students are very wealthy, very elite and that’s not true. We have students from a variety of countries who are low- and middle-income, who are every bit as trained and bright and promising. …”

“They want — how do you say it? — to open their horizons, to have broader horizons,” Ma said, of international students, including those who return home after earning their degrees. “They want to be global citizens, and they see America as the epicenter of globalization. Even during this pandemic, none of that has changed.”

This article originally appeared in the April 1, 2021 edition of Diverse. Read it here.